The Higher School of Economics became the eighth participant in the "My River" project.

Speaking to the audience as mentors and curators, Gradplan experts spoke about the project, its objectives and tasks. The territories intended for work within the project were presented. Each site has its own characteristics, which can become a conceptual basis for its future appearance and purpose.

As Elena Skripkina, Head of the Architecture and Planning Department of the Institute, noted, the expectations of residents of the areas located near the coastal areas selected for the project do not have a single trend that could limit students in ideas and proposals. Also, the project "My River" itself does not imply any rigid framework and mandatory constants, except for the general idea - transformed coastal areas should be modern, multifunctional and convenient. To achieve this goal, it is important to visit the site, study the life of the area and try to identify the most pressing issues with the help of social networks.

"My River" provides students with the opportunity to gain experience of working with a real project in order to implement their own ideas and skills gained during their university studies. Mentors from Gradplan will help future urban planners, architects and designers to transform bold and creative solutions into a format of professional design activity with respect to given technical framework. Leading architect of Architecture and Planning Workshop No. 4 Anastasia Dubova separately noted the importance of this part of the project, as it can simplify the process of students' adaptation to their professional activities.

Nikita Shenin, Deputy Head of the Department of Architectural and Town Planning Solutions of Gradplan, drew students' attention to the benefit and importance of studying already implemented projects in similar areas. The embankments of New York and London were demonstrated as an example. The project provides an opportunity to implement the students' ideas in the work on the development of coastal areas of the Moscow River and the Yauza River. The proposals received from the project participants will be presented to Moskomarhitektura and Chief Architect of Moscow Sergey Kuznetsov. 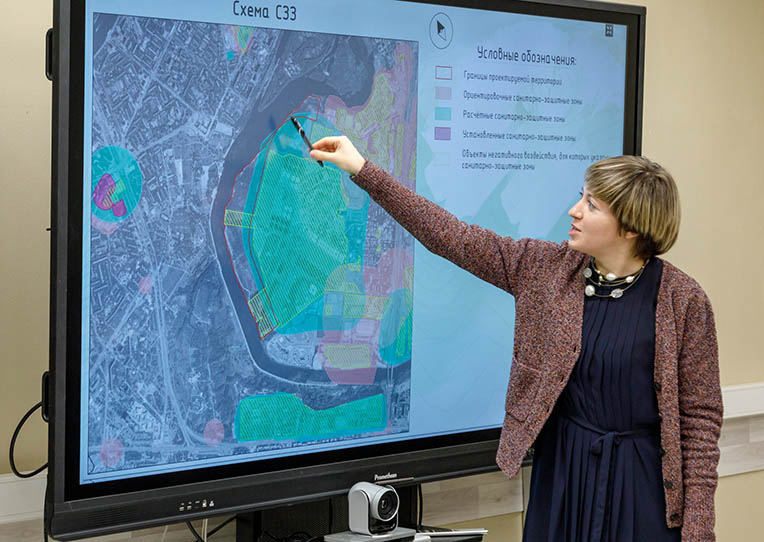 On January 31 within the framework of the project "My River" a working meeting of specialists of the State Agrarian University "NI and PI Gradplane of Moscow" with students of the National Research Moscow State Construction University was held. The future architects and urban planners demonstrated the results of the field research they conducted on the specified territories of the embankments of the Moscow River and Yauza.

Presenting the results of the Kuryanovo microrayon surveys, the students highlighted several main aspects that may have an impact on the future appearance and purpose of the transformed areas: the availability of an industrial zone, social and sports infrastructure facilities, sanitary and protective status of zones.

Having studied architectural projects implemented in different countries on similar locations, the students proposed ecolandscape as the main theme of the future space. Reference points were the American Freshkills Park, which was created on the site of a former landfill, and the Chinese Hutan Park, located along the river in an abandoned territory with poor ecology. Both spaces have not only become recreational areas as a result of these transformations, but have also made a significant contribution to improving the environmental situation by increasing the area of green spaces and installing additional water treatment facilities within the parks.

No less important aspect of students' work was the study of existing transport accessibility of the territory. Being on considerable distance from metro stations, IDC and IDC, the future project needs the organization of additional pedestrian routes of public transport to become more attractive to inhabitants of nearby areas Maryino, Lublino and Pechatniki.

Summing up the meeting, Elena Skripkina, Head of Architectural and Planning Department of the State Institution "Research and Design Institute Gradplane of Moscow" highly appreciated the detailed analysis of the territory and related legislative and legal acts, carried out by students of MSCU. Such approach, in her opinion, will allow to create a really developed project, convenient and attractive for Moscow citizens.

Meeting with RUDN and RANEPA 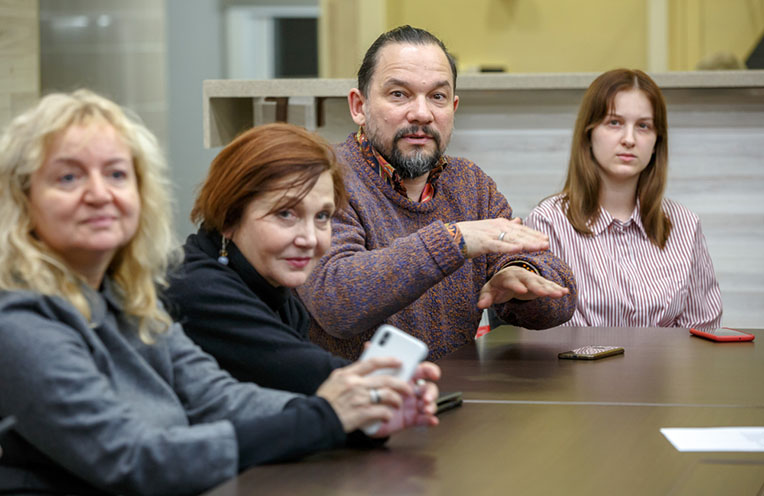 Working meeting with students within the project «My River».
Two working meetings with students were held immediately on February 7 by the specialists of the State Institution "NI and PI Gradplane of Moscow" within the pilot project "My River". At the installation seminar for future architects studying at the Peoples' Friendship University of Russia, Gradplana experts proposed four sites for course and diploma design for the academic year 2019-2020. One of them, in the Kuryanovo area, is located along the Moscow River. The others are the Yauza coastal territories bordering each other, stretching from the river mouth to Sokolniki Park.

Gradplan specialists told the students about the peculiarities of each site, and also gave general recommendations on pre-project analysis and development of project proposals. The second meeting was entirely devoted to the presentation of preliminary design solutions for the territory of the Yauza embankment from Ustiinsky to Saltykovsky bridges, prepared by students of the School of Design of the Russian Academy of Architecture and Civil Engineering.

The students of the School of Design presented six projects of transformation of different parts of the quay, demonstrating a range of possible development scenarios, revealing historical features and cultural code of the territory. Project proposals of students include options of functional use and event filling, proposals on elements of graphic design and navigation, organization of access to water, creation of longitudinal and transverse links to improve the connectivity and permeability of the adjacent territories. For example, students proposed to place along the Yauza, and at water level, trading pavilions, as well as organize overhanging biking lanes and infrastructure for cyclists, fill the banks of Yauza with a spirit of magic and adventure, having arranged a garden "Yauza Mysteries" with a safe environment and elements of the game. Throughout the route, the authors of the project "scattered" caches and created a trail of elevated wooden paths that play on the steep slopes of the terrain.